How to experience the Sedona Method

Lester Levenson is the person who originally inspired the Sedona Method. It has since been expanded and developed by Hale Dwoskin, who was a student of Lester’s In from the early 70’s until Lester’s death in 1994.

This text is from The Sedona Method website and you read the complete story of Lester here.

Lester Created The Sedona Method to Save His Own Life 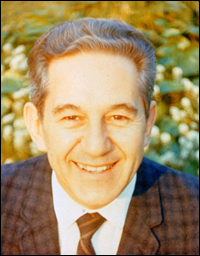 Lester Levenson was a man who had mastered life’s greatest challenge. In 1952, at age 42, Lester, a physicist and successful entrepreneur, was at the pinnacle of worldly success, yet he was an unhappy, very unhealthy man. He had many health problems including depression, an enlarged liver, kidney stones, spleen trouble, hyperacidity, and ulcers that had perforated his stomach and formed lesions. He was so unhealthy, in fact, that after having his second coronary, his doctors sent him home to his Central Park South penthouse apartment in New York City to die.

Lester was a man who loved challenges. So, instead of giving up, he decided to go back to the lab within himself and find some answers. Because of his determination and concentration, he was able to cut through his conscious mind to find what he needed. What he found was the ultimate tool for personal growth—a way of letting go of all inner limitations. He was so excited by his discovery that he used it intensively for a period of three months. By the end of that period, his body became totally healthy again. Furthermore, he entered a state of profound peace that never left him through the day he died on January 18, 1994.

“I began by asking myself, “What do I want out of life?” And the answer was happiness. Investigating further, I went into the moment when I was feeling happiest. I discovered something which to me was startling at the time. It was when I was loving that I was happiest. That happiness equated to my capacity to love rather than to being loved. That was a starting point.”

Lester’s talks on YouTube are old recordings and sometimes the sound quality isn’t that good but his personality shines through. He is very funny, quick-witted and at times very direct. Listening to him never fails to put a spring in my step.

Lester’s talks are long way from the cliche of a spiritual teacher who is at all times serene and Zen. This has been one of the most powerful lessons for me; freedom (or ‘imperturbability’ as Lester called it) doesn’t mean you lose your personality and become expressionless, flat and accepting of everything. Not at all, it can mean you get into a lot of action – the difference is that you are not personally invested in your actions or your emotions as you recognise that feelings flow through you but they are not you. As one teacher said,

if your practice doesn’t help you feel more alive, it’s not working.

So have a listen, see how you feel and stay open to his message.

Hale Dwoskin leads the retreats on the Sedona Method. These are organised like a ‘satsang’ where Hale usually starts with a group release, which is similar to a guided mediation using the questions from the Sedona Method. The presents a topic and the participants have plenty of opportunities to work with Hale directly or just discuss how the Sedona Method can be applied to whatever situation they are facing.

You can find Hale Dwoskin’s full Bio and his story of how he found the Sedona Method and then took over the organisation after Lester’s illness. You can read the full story here.

One of the things that impresses me most about the process of releasing is that it has resulted in a sense of unshakable peace, happiness, joy, and calmness that is always with me, no matter what’s going on around me. Not that there still aren’t ups and downs, but, as Lester used to say, this is really the “bottoms-up method.” I know from my own direct experience that what I used to think was a peak experience, or something really terrific, is now normal, and my peaks just keeping getting higher and higher. I have no idea how far “up” is, and I’m looking forward to finding out.